Damasco, a soprano, was selected to sing in the 2016 National Association for Music Educators’ National Honors Choir after completing several successful auditions at the local, regional, and state level this past spring. 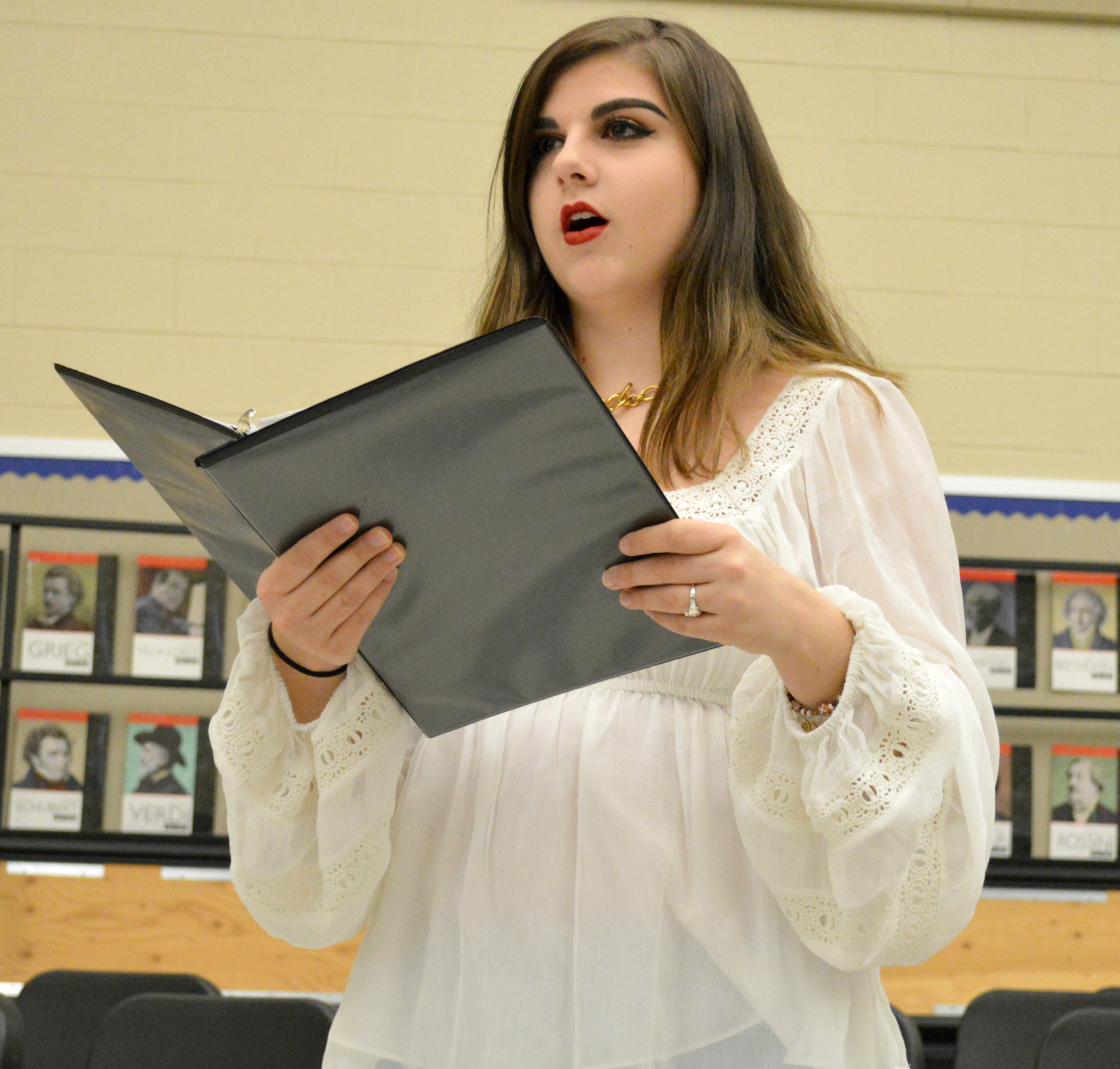 Approximately 350 students from nearly every state in the nation were selected to sing in the National Honors Choir and perform in a special concert, which was held at the Gaylord Texan Hotel and Conference Center in Grapevine, Texas.

“Being selected to sing in the National Honors Choir meant the world to me,” said Damasco, who began singing when she was six years old. “I worked very hard to accomplish this goal. Auditioning in Districts all the way through to Nationals took discipline and dedication, and it was worth every minute.”

To prepare for the concert, Damasco and the other students who were selected participated in numerous rehearsals and workshops over the course of three days. “I learned the value of music and harmony during the rehearsals with Dr. Anton Armstrong, our guest conductor, and was able to work with and learn from many other talented musicians,” Damasco said.

“I am incredibly proud of the hard work and dedication that Emily has given to the choral art, working daily to improve not only her own gift, but encouraging others to sing to the best of their ability as well,” said Ellis.

“I am also extremely proud of Emily on this outstanding, once in a lifetime accomplishment,” said David Ehrhart, Supervisor of Fine Arts, World Languages, and Career Education in the West Chester Area School District. “She is very deserving of this opportunity.”

When asked what she liked most about her experience with the National Honors Choir, Damasco shared she enjoyed singing the selected songs, and also enjoyed interacting with the very talented people who shared similar interests in music.

Damasco plans to attend college and is currently looking at schools that include The Curtis Institute of Music, The Juilliard School, Manhattan School of Music, and Indiana University Bloomington. She would like to become a professional opera singer or solo performer when she graduates.

“I enjoy singing and want people to be able to connect with the music as much as I do,” said Damasco. “Music is a very important part of my life, and I hope my music has an effect on people now and in the future.”