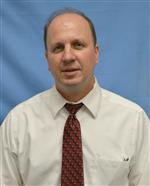 Gary holds a Bachelor of Science in Mechanical Engineering from Villanova with minors in Mathematics & Business Administration, and a Masters Certificate in Project Management from George Washington University. His 37 year-career began with 16 years in the Aerospace industry as an engineer, project engineer, and Spacecraft program manager for GE Aerospace, Martin Marietta and Lockheed Martin working on DSCS, Landsat, UARS & GPS satellite programs. He has spent the last 21 years working for Vanguard as a technical project manager in the IT division.

Gary and his wife Cindy have resided in WCASD area since 1985. They have two grown children who attended WCASD, and five grandchildren. He believes that an effective school board sets the vision & goals of the district and evaluates the results. The challenge is to perform this within increasing financial and regulatory constraints. To be effective and successful, the board needs to work as a collaborative group and keep a clear, two-way communication with the community. This will ensure the continuing success of WCASD.

Gary was re-elected to the Board in November 2019 to serve a second four-year term after being initially appointed to the Board in June of 2014 to finish the term vacated by Linda Raileanu. He chairs the Property & Finance Committee and serves on the Personnel Committee.